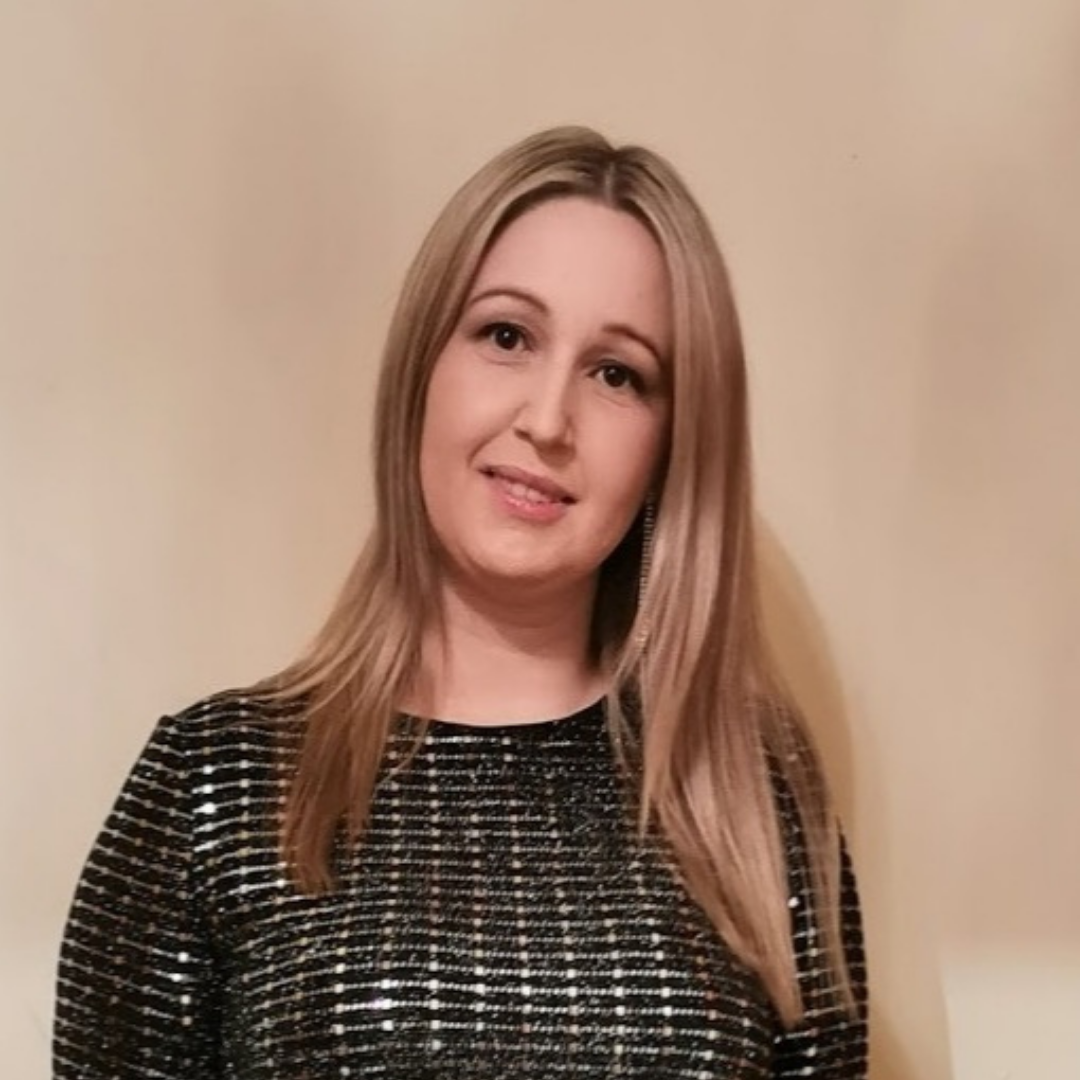 I decided to further my education to improve my knowledge base and assist me in my current role. I also feel that this degree can provide me with the right tools to  make a difference in people’s lives.

This is an example of my course work that I have submitted for module SSC106: Understanding Health and Social Care.

Suicide is a substantial cause of mortality in Ireland and Mental health disorders are the highest risk factor for suicide in Ireland (Department of Public Health, 2001). In Ireland 80% of suicides are committed by men (Ryan, 2018) and  are less likely to attend mental health services (Department of Public Health, 2001). Can the stigma of men accessing mental health support as a cultural behaviour issue (O’Donnell & Richardson, 2018) and economic crisis causing male unemployment (McGuill, 2016), be the causes for this phenomenon or does current policy lack gender sensitive and wider social determinants of health (O’Donnell & Richardson, 2018)? ​

Several Acts relating to Mental Health Legislation were implemented in Ireland in the nineteen centuries however it was not until 1945 that an important change in the delivery and development of psychiatric services was introduced in Ireland with The Mental Treatment Act of 1945 (Kelly, 2008). In 1971 the Health Care Board took over responsibility from the Local Health Authorities and developed a Community Care programme and mental health services began to implement changes in line with the policy document “Planning for the Future” (Community Health Organizations, 2014). Recognition of mentally ill patients was established in 1991 by the United Nations and The Human Rights Act (Kelly, 2008).  In the mid to late 1990’s an important change surged with the formation of the National Task Force on Suicide which resulted in an interdisciplinary communication system between General Practitioners and Primary Care Teams with Volunteer Organizations (Mugtaba, Parnell, & Haley, 2016). A new piece of Legislation was established in Ireland in 2001, the Mental Health Act 2001, although this Act was only fully implemented in 2006 (Zahid & Mansoor, 2012). ​

Since 2001 Ireland has witnessed the male suicide rate being in average four times higher than female suicide (National Suicide Research Foundation, 2020) and on examination of data provided it was determined that rural areas with common levels of religious celebration have higher levels of suicide (Cleary, 2005). Social and cultural expectations of masculinity through times have played a negative role on the well-being of Irish Men as well as expected male behaviour patterns like alcohol and drug abuse, coping mechanisms and risky behaviour (Garcia, 2016). Alcohol abuse has been a significant risk factor for suicide in Ireland (Department of Health, 2001).  Additionally, men disclosing difficulties and struggles to others were perceived as weak and associated with feminine or homosexual type behaviour (Cleary, 2005).​

The History of Suicide in Ireland is long charged with the taboo stigma of religious beliefs in conjunction with Criminal Law (Hanna, 1997). Suicide was decriminalized in Ireland in June of 1993 with the Introduction of the Criminal Law (Suicide) Act, 1993 (Mugtaba, Parnell & Haley, 2016) however, the role on taboo around suicide continue to be played by the Church (McGarry, 2016). Unemployment amongst men has been identified as another risk factor of suicide and during the Celtic Tiger, a period of economic boom (1996-2006) although suicide rates were stable, suicide amongst unemployed men raised (Corcoran & Arensman, 2010). Irish Society has always viewed men as bread winners or carers to their partners or children and these expectations continue to be cultural issues to the well-being of men (Garcia, 2016). In 2001, a published study on Suicide in Ireland concluded that Mental Health disorders remained the highest factor for suicide in Ireland and even though suicide in men is five times higher than in women, men are less likely than women to have attended mental health services (Department of Public Health, 2001). ​

Irish Government current policy ‘Sharing the Vision – a Mental Health Policy for Everyone’ is an upgrade to ‘A Vision for change’ policy and aims to prioritize mental health in Ireland and to focus on primary intervention and positive mental health for everyone (Department of Health, 2020). In response to the promotion of mental health, the Government created in recent years, “Connecting for Life – Ireland National Strategy to Reduce Suicide 2015-2020” which is now prolonged until 2024 (Department of Health, 2020) and identifies men as being amongst the highest at-risk cohorts with evidence of vulnerability and at increased risk of suicidal behaviour (HSE, 2018). Last year the HSE also devised a review and proposal “Integrating Suicide Prevention into policy- making” (HSE,2020). Another welcome addition to this strategy is the development of a national free training plan on suicide awareness and prevention for local authorities and frontline staff (ASIST – Applied Suicide Intervention Skills Training), and SAFE TALK which is a basic free suicide prevention training programme available to everyone (HSE, 2021). ​

Despite the upgrades of Irish policies regarding suicide, currently there is still limited progress on implementation of previous set goals (Mental Health Reform, 2020). Staffing goals from previous policy ‘A Vision for Change’ only reached 78% of recommended mental health staffing and  today there are fewer staff working in mental health  than in 2008 (MHR, 2020). It has also been identified that early intervention is essential to prevent suicide despite this, 33% of people are waiting over a year for a primary care psychological appointment (MHR, 2020). Access to these services can only be granted through a referral by the patient’s GP and are not available in all centres neither some of the counties have an emergency care psychological service available (HSE, 2020). ​

Current policy has limitations on current data systems on suicide in Ireland and fails to provide broader characteristics on people who died by suicide despite World Health Organization (WHO) recommendations that Governments should provide real time data, which is essential to national suicide prevention strategies to accurately identify cohorts and risk factors to suicide and self-harm (HSE, 2019). Ireland’s National strategy to reduce suicide also presents limited progress on many of its goals since it was first implemented in 2015 (HSE, 2019) and lacks gender sensitivity and wider social determinants of health (O’Donnell & Richardson, 2018). Irish mental health policy does not categorically deal with gender (Bergin, Wells & Owen, 2013) although WHO recommendations alert for a gender sensitivity within policy development and health services and it considers gender a paramount determinant of mental health and mental illness (WHO, 2004).​

Currently, there are also several  volunteer services available such as a 24hour helpline provided by the Samaritans (Mental Health Ireland.ie, 2021), and counselling services provided by Pieta House who are Volunteer Organizations and rely on public donations.

Irish Government current policy ‘Sharing the Vision – a Mental Health Policy for Everyone’ has allocated a budget of €38 M for the implementation of new mental health services (gov.ie, 2020), however it was recommended that to develop the new mental health services it would be necessary at least €50 M (Mental Health Reform, 2020). The budget is strongly criticised by the Psychiatric Nurses Association (PNA) and deemed inadequate to meet growing service demand (PNA.ie, 2020). The budget has a direct impact on mental health services availability and provision. Current policy is strongly criticized by the Irish Hospital Consultants Association (IHCA) who argue that this policy fails to address critical staffing shortages in mental health. IHCA also argue that the funding allocated to Mental Health is insufficient and therefore it will not be possible to reduce long waiting lists for access to mental health services or to provide quality care to mental health patients (IHCA, 2020). Statistics show that of all males that have committed suicide only 20% received out-patient psychiatric treatment and less than 15% received in-patient psychiatric treatment (National Suicide Research Foundation, 2020).​

Social Justice Ireland (2019) argues that to provide good mental health services it necessary to consider the connection between ill health and issues regarding social determinants of health such as housing, employment, education, etc., however this is not being met. Rates of unemployment are associated with mental health decline and rise of suicide rates in men (O’Donnell & Richardson, 2018). There is  evidence that employment is positive for mental health, however, in current Irish policies, very little has been fulfilled relating to unemployment among people with mental health issues  and, there is also a lack of early intervention in assisting people who develop mental health problems with their vocational and employment needs (Mental Health Reform, 2012).​

To tackle the suicide issue in Ireland it is essential to understand suicidal behaviour and focus on priority groups such as men who currently present much higher rates of suicide. Despite this, limited progress has been made in relation to the collection on baseline data on suicidal behaviour. Although it would be more difficult and costly to carry surveys focused on priority groups, it would be a major contribution on understanding suicidal behaviour, as suggested by Professor Steve Plat and could provide an important impact in shaping focused policies and adequate and relevant resources. In addition, available accurate and timely data on suicide would allow the provision of national and local responses to the changing epidemiology and characteristics of suicidal behaviour in Ireland (HSE, 2019). ​