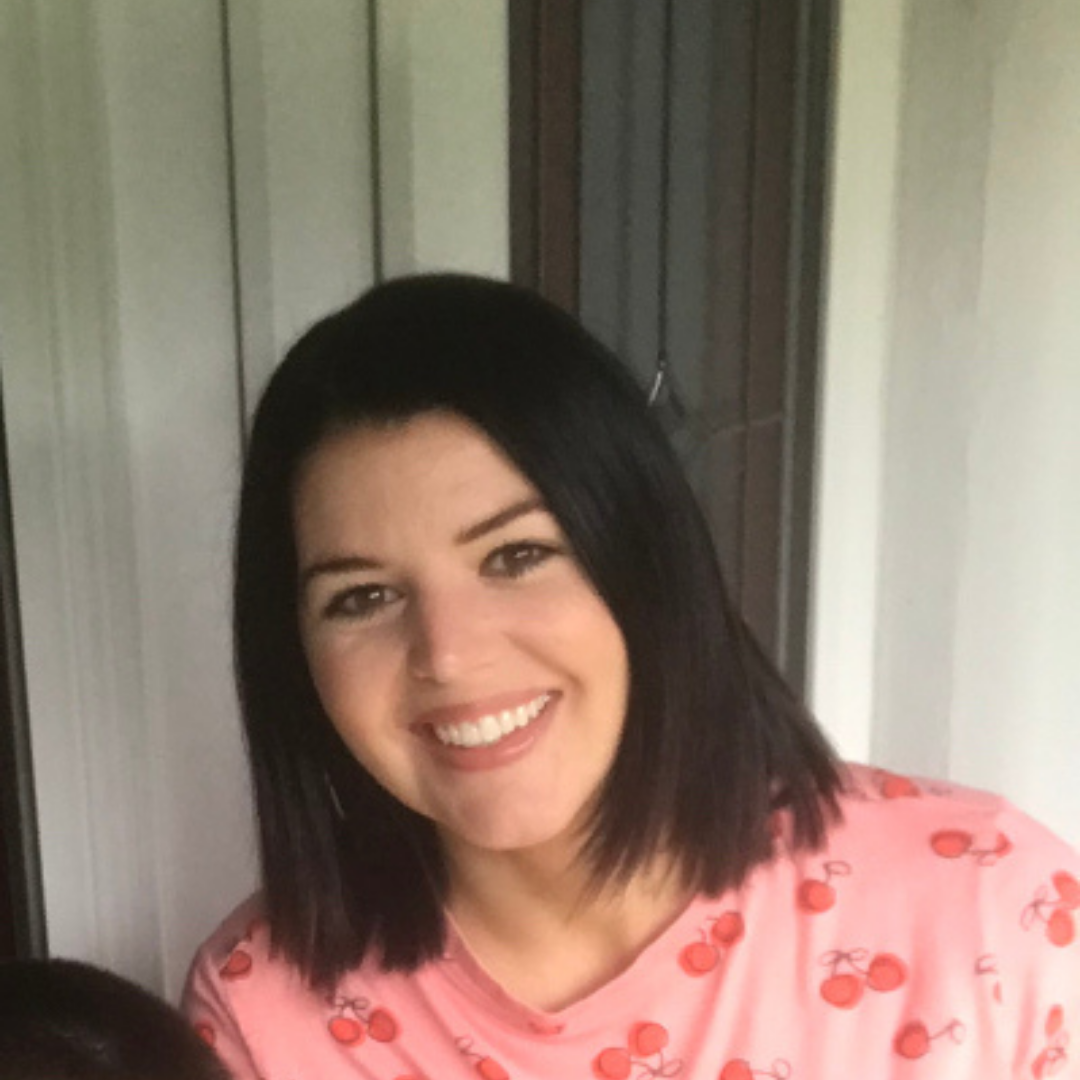 I worked for over 10 years in the private sector, for a profit driven multinational company and always felt that I could do more, along the lines of helping people and making a difference.  I moved jobs to the health service and began the health and social care degree course with Chevron Training. I don’t have a defined career path as yet but have a developed an interest in the areas of domestic abuse, women’s health and mental health through the completion of different assignments and research projects. I’m hoping to find a job in these areas on completion of my degree and look forward to helping people and making a difference.

This is an example of my course work that I have submitted for module SSC120:

Health inequalities are unfair and systematic differences in the health of people, who through no fault of their own hold unequal positions in society (Mc Cartney, et al, 2013).  Factors such as Ethnicity, Gender, Social Class and geographical location can unfairly impact a person’s health outcomes.  Where a person is born, the socio-economic background they are born into and their race can affect their access to safe/regulated healthcare and can negatively impact life expectancy.  The black report 1980, identified four main theories in an effort to better understand health inequalities namely,  “artefact theory”, “social selection theory”, “behavioral & Cultural theory” and “structural theory” (Mc Cartney, et al, 2013).  This essay will discuss these and conclude that structural theory is the best-placed perspective to explain these inequalities.

To explore health inequalities, we will look at the elusive definition of health itself and the difficult task of narrowing down the term “health” as can mean different things to different people.   It will also summarize the Biomedical Model, The Social Model and The Bio-psychosocial Model adopted by medical professionals in the treatment of health & wellness and explore their advantages and limitations.  Finally, it will lay out the Sustainable Development Goals (SDG) which were drafted by the WHO in 2015 with the aim of reducing global health inequalities through reformation of the financial, economic and political systems of the EU member states (Biermann, et al, 2017).

Health can be viewed as a relative term which may mean different things to different people e.g., being physically fit to an Athlete or mobile to an elderly person.  There has been ample discourse and discussion regarding its definition (Boyd, 2000). The W.H.O.’s definition, (1948) has been criticised as being broad, complex and ambiguous (Song, Kong, 2015).   The definition can be described as a more idealistic view, which incorporates the absence of ill health and also physical, social and mental well-being.  It can be argued that this definition is an ideal to strive towards, but it also implies if a person does not achieve total physical, social and mental well-being, they are in ill health.   Health has been defined as the absence of disease (Boorse, 1997), but this medicalized view has been challenged due to its singular focus, that does not account for mental health issues or include well-being for instance.

The Biomedical model approach aligns with Boorse, 1997,  that the absence of disease denotes health.  This approach focuses on medicinal treatments of disease and ill health as deviant from normal, including mental health.  It does not take into account the social or economic factors that impact an individual’s health outcomes.   This model can be criticised for its sole focus of a  medicalised approach to treatment and its failure to acknowledge the role of social factors on the causes of health problems, which are caused by the unequal distribution of power and wealth. (Marmot, 2015) The term clinical gaze was introduced by Michel Foucault, who argued that the emergence of the medicalisation of health resulted in the Doctor becoming more important than the views of the patient.  The clinical gaze is a useful concept when reviewing the emergence of the patient safety movement over the previous 20 years.  The lack of progress in this area may be linked to the continuance of a medical ethos and hierarchical structure, which undermines this new way of thinking. The Clinical gaze changed the physician-patient dynamic by emphasising the Doctor over the patient.    The patient did benefit from the outcomes and changes in how disease/health were viewed, but it has also led to less patient-centered care and overall medicalisation of health.  (1973, Foucault cited in Lachman, 2013, 1.)

The Social Model of health has a broad spectrum that consists of multiple perspectives, i.e., the social determinants of health, unhealthy lifestyles and the social construction of health and illness.  The social determinants of health are features that can determine health outcomes, they are non-medical and range from social, economic, political and geographical factors.  Where an individual is born, works and lives will have an impact on their health (WHO, 2020).  These determinants which are beyond the individual’s control, are a result of the unequal distribution of power and wealth, which occurs nationally and globally.   Marxism proposes that class relations can be characterised by an uneven distribution of power, by Modern western/capitalist societies consisting of people who own the means of production and those who sell their work/labour for their living.  It is a classic and unequal division of classes, with the labour being systematically exploited and oppressed.  Through  capitalism, social divisions began based on the ownership or non-ownership of property and that the economic inequalities that stemmed from this, were the starting point for understanding why there are inequalities in health between the middle and the working classes (Barry, 2012).  While social determinants are beyond an individual’s control, unhealthy lifestyles are the opposite and consist of individual choice.  A person’s diet, alcohol/drug intake and exercise will have a bearing on health e.g., if a person smokes, they are more likely to develop cancer.  The final element of the social model is the social construction of health and illness.  This encompasses the way in which we as a society understand phenomena/problem, the labels we use to describe them and the theories we use to define them, will have a direct impact on the individual who directly experiences the phenomena/problem and the way’s others in society will respond (Conrad, Barker, 2010).

The final Bio-psycho-social model is a comprehensive model which considers biological, psychological, and social factors in order to comprehend and address health issues (Skewes & Gonzalez, 2013).  It understands that while there are biological factors such as being genetically predisposed to disease, there are other factors which also play a part, such as social, family, partner, peer influences and also psychological factors, a readiness to change, self-belief and outcome experiences (Borell-Carrio et al, 2004).

Theories of health inequalities seek to identify and understand the problem of health inequality so an appropriate response such as policy creation can be affected to alleviate and solve the issue.  The four main theories that were used to understand health inequalities originated in (The Black Report, 1980), they were artefact theory; social selection theory; and behavioural & cultural theory; structural theory.  The artefact theory, posits that health inequalities are a result of measurement process.  This theory has been widely disregarded in recent times.  The Social selection theory has a reverse view of health inequalities, meaning  health inequalities will determine social class.  A Person with ill health will “slide down” the social ladder.  Behavioural and cultural theory views the opposite of the social selection in that class is seen to determine health inequalities.  This view suggests that lifestyle choices adopted by the lower social groups negatively impact health equality.  People from these groups tend to take part in risky and damaging behaviour like drugs and alcohol.  (Mc Cartney, et al, 2013).  Structural theory is the final and best-placed theory to explain health inequalities.  This theory suggests that variances in socio-economic factors (wealth, environment, income, power) will impact an individual over their life span, from cradle to the grave and will result in differences in health outcomes.  The other theories are viewed as subordinate as while they may provide some insight, they do not recognise the cause of the “causes” of health inequalities, which is directly related to the unfair distribution of wealth & power and the actions of those in power.  (Mc Cartney, et al, 2013).

Health inequalities are caused by social, economic, structural and environmental variances that result in disparities in health outcomes.  Where a person is born, the availability of and access to; education & housing, their, diet, gender, ethnicity and work will influence their health.  For instance, males who live in the most affluent areas in Ireland will live 4.3 years longer than males residing the most deprived areas.  This gap widens further in the case of mortality rates for Traveller men, which is 3.7 times higher than non-traveller males (IMO, 2012).  Ireland also has gender-based differences in life expectancy, while women are likely to live longer than males, they will have fewer years of good health.  Gender roles such as caring, domestic duties and career development can adversely impact women’s health & well-being.  As does the gender pay gap experienced from working life through to pension (Eurohealthnet, 2017).  On a global scale, life expectancy is linked to inequality in the top rich and unequal countries such as, USA and UK.  There is a direct correlation between an unequal country experiencing a higher number of social problems and the more equal countries experiencing less (Pickett, Wilkinson, 2010).   Globalisation is also an influencing factor; it has contributed to rising obesity and diabetes statistics, resulting from the spread of fast-food franchising.  It has also aided in the spread of communicable diseases due to increased air travel with longer journeys (Pang & Guindon, 2004).  These structural and environmental factors are beyond the individuals control and are a direct result of the unequal distribution of wealth and power, nationally and globally (Mc Cartney et al, 2013).

The sustainable development goals (SDG) were drafted by the United Nations as part of the 2030 agenda for sustainable development which was launched in 2015.  The SDG were created with the universal goals of eliminating poverty, attaining peace, prosperity, equal opportunities for all in a healthy and sustainable planet by the year 2030 (WHO, 2020).  The plan required an immense commitment and action from all the 193 U.N. member states in order to reform the financial, economic and political systems and to harmonize the three interconnected core elements of economic growth, social inclusion, and environmental protection which are vital for the health of individuals and societies.  The individual countries have been tasked to achieve these goals through their own sustainable development policies, plans and programs,  in alignment with the other UN members.  The U.N. are seeking fair, inclusive and sustainable globalisation for all through the 2030 agenda for sustainable development and implementation of the SGD goals (Biermann, et al, 2017).

National and global health disparities emanate from an interaction of structural, social, environmental, psychological and biological factors.  Health inequalities are unfair and systematic differences in the health of people who through no fault of their own hold unequal positions in society (Mc Cartney, et al, 2013).  Ethnicity, Gender, Social Class and geographical location can unfairly impact a person’s health outcomes.  These inequalities occur both nationally and globally, with globalisation and capitalism exasperating these disparities and are a direct result of the unequal distribution of power and wealth.  Of the four main theories identified in the Black Report, 1980; artefact theory, social selection theory, behavioral & Cultural theory and structural theory, structural theory is the best-placed perspective to explain/understand these inequalities (Mc Cartney, et al, 2013).  There has been much discussion regarding the definition of health, which still remains elusive.   The medicalized view of the Biomedical Model fails to address the social factors, i.e., root causes of causes of ill health (Marmot, 2015), while the Bio-psycho-social model is a more comprehensive model which considers biological, psychological, and social factors to comprehend and address health issues (Skewes & Gonzalez, 2013). The Sustainable Development Goals were drafted by the WHO in 2015 with the aim of reducing global health inequalities through reformation of the financial, economic and political systems of the EU member states (Biermann, et al, 2017).